I was 18, the first time I decided to reinvent myself.

I have reinvented myself a dozen times since then and I’ll do it again when necessary.

Stagnation is poison. Evolution is the antidote.

I know there’s probably a few things in your life that you want to have now and you feel you’re not qualified to have or you’ve been plagued with a false sense of mediocrity.

What if I told you, you could become the person you want to be, starting tomorrow? Would you believe me?

Why I needed to Reinvent Myself

In 2008, I was selected to be a Summer Youth Employee at Rhode Island Hospital. This was my first real job right out of high school. This program was specifically targeted to inner city youth between the ages of 16-19 and allowed them to gain exposure to the hospital setting by working as a Central Transporter. The program also had weekly workshops on Fridays where students shared their experiences throughout the week and analyzed personal and professional traits to forego or incorporate into their daily lives, by means of interactive exercises with thought-provoking conversations.

Central Transport is a job where you dial into a phone service that gives you tasks to complete within the hospital. The task ranges from carrying patients throughout the various departments of the hospital for imaging, special tests, admitting patients from the ER and morbidly at times, to the morgue.

By the second to third week, I became an efficient transporter. From Monday through Thursday, I interacted with patients and my coworkers like I normally would or should, I’ll say. But, on Fridays, I would retreat. I would retreat to my 7+-year-old self who was quiet in school but had a lively personality at home. I think my bashfulness appeared in front of a larger group due to fear of answering the question incorrectly or looking “stupid” if I contributed fluff to a meaty conversation.

Instead of risking feeling that way, my method was to simply listen and avoid participation, even while my thoughts were sizzling but my mind remained frozen.

This malignant mindset needed to be thawed.

Midway through the program, I learned that there was a program graduation where several $1000 scholarships would be awarded for commendable achievement within the program. I really needed this money to cover my expensive book list courtesy of none other than NYU’s registrar. One of the program coordinators who I had known from high school pulled me aside and gave me some advice. She encouraged me to engage in the interactive activities and have my voice heard. She told me these contributions would highlight admirable, innovative, and critical thinking skills.

I think she saw something in me that I truly didn’t see in myself. She knew I had it in myself for self-reinvention and self-improvement.

Was my mental microwave outwardly beeping because my mental defrosts’ time was up? She seemed to have read me like a book that I had written all over my face. It was time to be my own life coach.

Needlessly to say, I took her advice and went home to analyze my self-doubt and irrational mediocrity. I realized that the worst-case scenario of me answering a question would be answering incorrectly. That’s okay. The worst-case scenario of contributing a thought would be someone disagreeing with it. That’s okay too. But in a binary sense of thinking it could also go the other way. I could answer the question correctly and my contribution could be invaluable to my listening audience.

In a few hours, I had dismantled my illogical recoil approach.

I had to wait another week to showcase this mentality, but internally I had already become a new young woman. The following Friday during the didactic workshop, I confidently raised my hand, flashed my signature Koo-laid smile and was intensely involved in the workshop dynamic. It felt so natural and instinctual. This was empowering and I couldn’t stop.

Fast forward to the program graduation and guess what?

I was complimented on my essay writing skills and most importantly, participating in fruitful dialogues amongst my peers and facilitators.

Numerous future reinventions, to infinity and beyond. 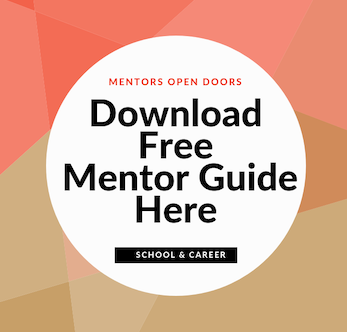 If you would like to receive weekly motivational posts directly to your inbox, please sign up here.

9 thoughts on “How to Reinvent Yourself in less than 24 Hours : Be Your Own Life Coach​”